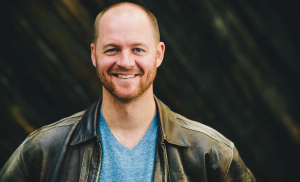 My name is William Groebe. I am most often credited as an animation supervisor, though in my career of over 20 years I have contributed everything from animation, motion capture, storyboards, and concept art to a variety of film, commercial, and video game projects. Among my film credits are Thor: Love and Thunder, Free Guy, Akira, Fast and Furious Presents: Hobbs and Shaw, Deadpool 2, Ted, Ted 2, Teenage Mutant Ninja Turtles, Hellboy, The Matrix: Revolutions, The Twilight Saga, Enchanted, Charlotte’s Web, Cloverfield, and more.

I recently moved into writing and directing. My first short film Suspended, is a creepy short film in the vein of old Twilight Zone episodes. I am currently finishing up my second short film Three Queens, which is a comedy about a group of bank robbing drag queens. I am writing a feature version of both films with hopes to direct them myself. Wish me luck.